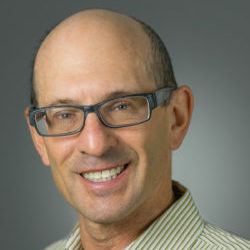 Paul Bauman M.Sc., P.Geoph., P.Eng., has over 35 years of experience. Over the years he has trained and mentored countless geophysicists and expanded the group’s capabilities to include geotechnical investigations, groundwater exploration, and archaeological investigations. After completing an engineering degree at Princeton, he spent several years completing and managing borehole geophysical surveys working for Schlumberger in the jungles of Borneo and Indonesia before completing a masters in hydrogeology and geophysics at the University of Waterloo. Paul’s pioneering work in near-surface geophysics and his volunteer activities for humanitarian projects has earned him recognition with special awards from APEGA, the Calgary Herald, and the Society of Exploration Geophysics. This year Paul was named as the 2020 Canadian Society of Exploration Geophysics Distinguished Lecturer and Paul’s work has also been featured in television documentaries, newspaper articles, and radio and television interviews.