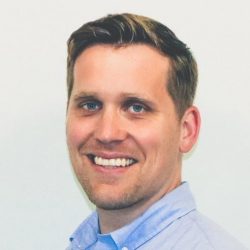 Jamie Sorensen B.A., GIS AdvDip, has been with BGC since 2008, working as a GIS Analyst until 2014 and as the Team Lead since then.  His work on expanding the range of services offered by the team with an emphasis on web-based systems has helped the GIS Team more than double its size during that time.  Jamie’s primary areas of expertise include ArcGIS Server Administration and Geoprocessing automation, with a focus on open-source libraries that are scalable and flexible.  He enjoys using spatial analysis and other methods to programmatically parse large volumes of data in order to pinpoint the information most important to a project.  Jamie works closely with BGC’s software development team, helping the GIS team’s specialized knowledge benefit BGC’s GIS-based software solutions such as Cambio.