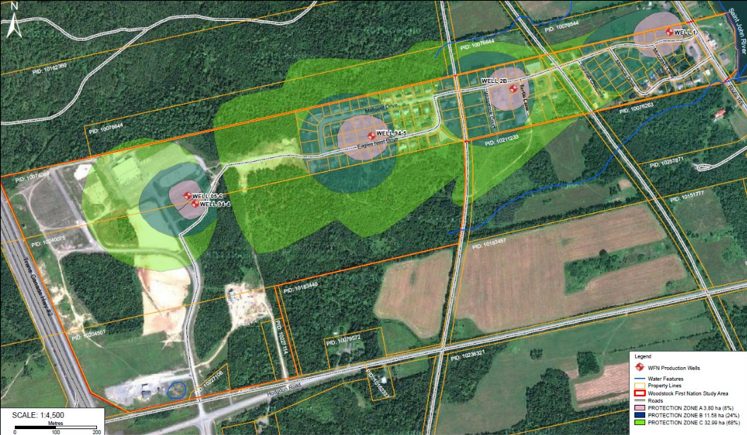 BGC staff provided hydrogeological expertise to the Woodstock First Nation (WFN) for more than 10 years. Over that period the WFN potable water supply was expanded and upgraded to include five bedrock production wells, two of which were refurbished and rehabilitated in 2006. Groundwater Under the Direct Influence of Surface Water (GUDI) was assessed and addressed. A Wellfield Protection Plan (WPP) was developed following 3D numerical modelling, and controls on the use and storage of potential contaminants and contaminating land uses within the wellfield have been implemented and enforced by the First Nation since 2015. The adopted approach to wellfield protection and planning was developed by the New Brunswick Department of Environment and Local Government (NBDELG). In that process, BGC staff were required to work closely and cooperate with multiple jurisdictions (i.e., Federal, Provincial and First Nation Band Council), including other consultants, to successfully develop a modern and sustainable potable groundwater supply that made sense to all parties, and that incorporated the long-term interests of the First Nation community.

BGC staff have similarly contributed to the development, assessment and/or protection of potable water supplies for many other Indigenous communities over the years, as follows: