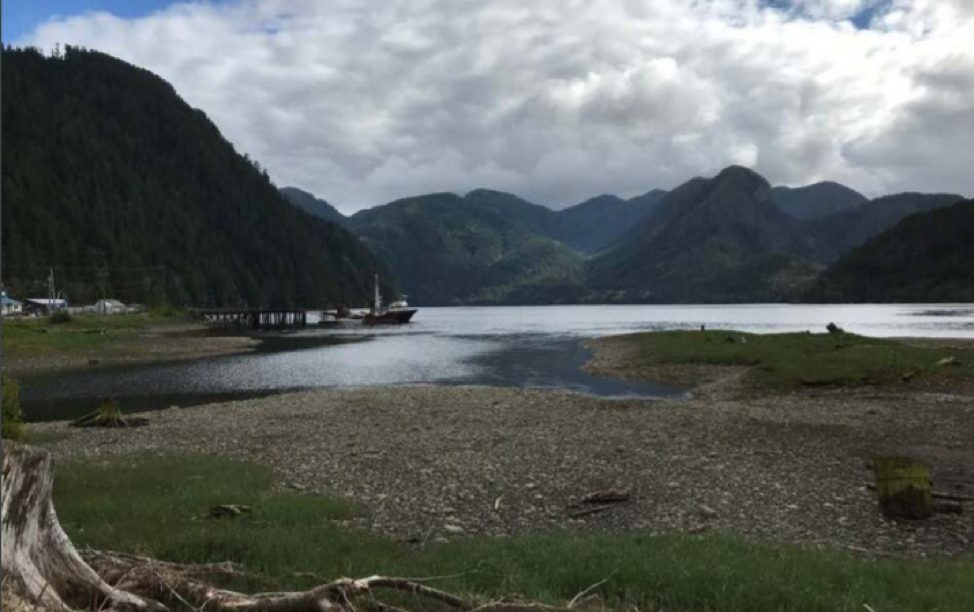 THE VILLAGE OF ZEBALLOS

The Village of Zeballos (the Village) is located, like numerous other BC communities, on a river fan-delta. The Zeballos River has a watershed area of 186 km2 upstream of the Village and discharges into the Pacific Ocean through the Zeballos Inlet. Fan-deltas are subject to the combined hazards of coastal (i.e., ocean-borne) and riverine floods. In addition, Zeballos is surrounded by steep mountainsides, especially on the eastern flanks of the Village where bedrock underlain slopes rise precipitously to almost 800 m. These slopes are prone to rock fall, rock slides and debris flows.

The Village retained BGC to characterize the fluvial, ocean, and hillslope geohazards, with the objective of transparently comparing the risks associated with each. The comparison will allow decision-makers to focus mitigative efforts and funding submissions on the highest risk sites.

Additionally, in August 2018, a wildfire burned 128 hectares (ha) of forest on the eastern hillsides above the Village. This fire resulted in a substantial increase in the rock fall, rock slide, and debris flow risk due to an increase in the probability of those events occurring. Due to the identified increase in risk, 17 properties were subsequently evacuated. The Ministry of Forests, Lands, Natural Resource Operations and Rural Development (FLNRORD) retained BGC for a post-fire hazard assessment, the results of which are integrated into this comprehensive geohazard risk assessment, under a separate scope.

A variety of quantitative methods were combined to identify and quantify the hazards stemming from river and creek floods, coastal storm surges, debris flows, rock fall and rock slides.