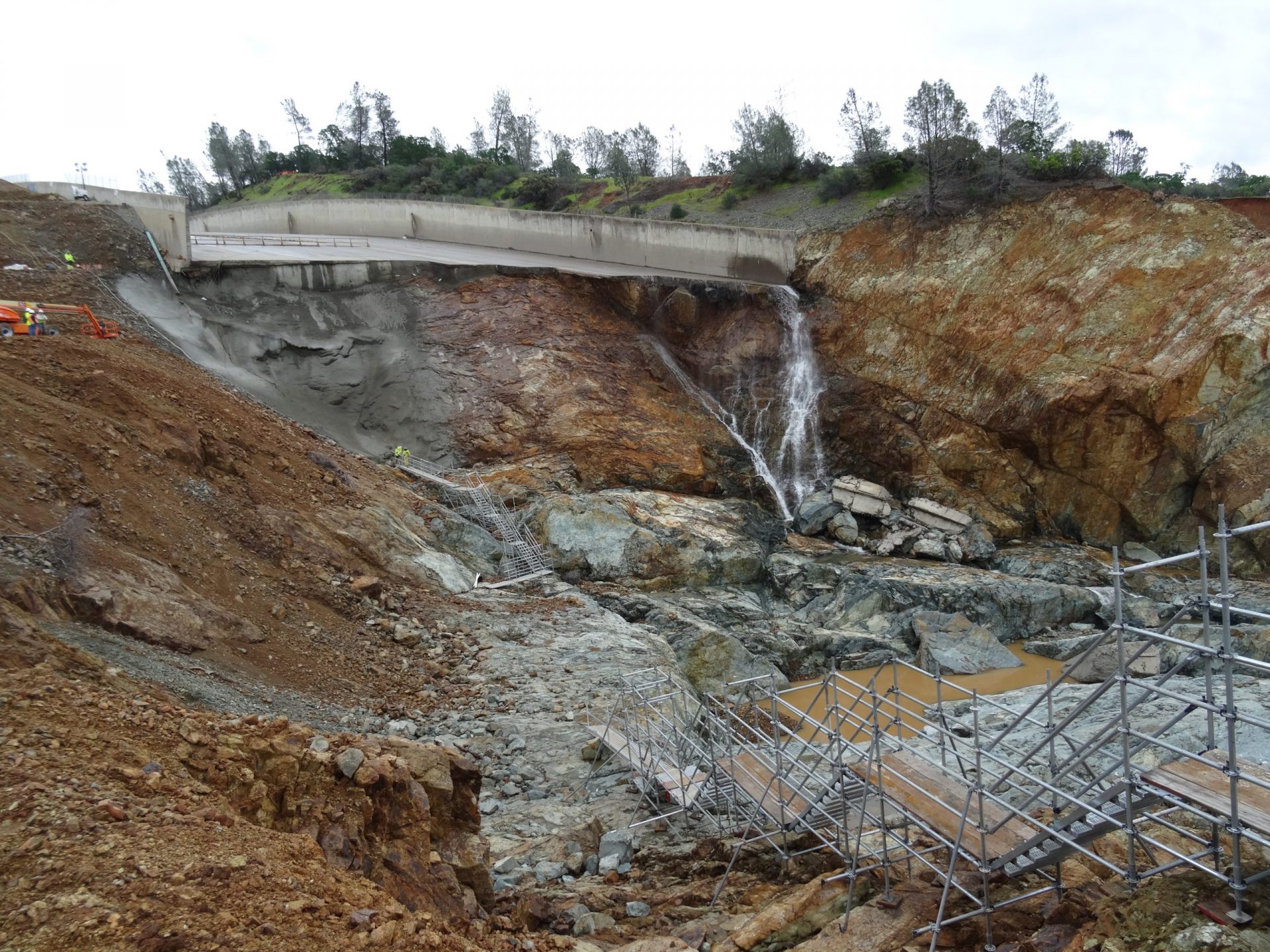 The Oroville Dam is an earthen embankment dam located on the Feather River in Northern California. At 770 ft high, it is the tallest dam in the US, and is operated by the California DWR as part of the State Water Project, which provides water supply to more than 20 million people. In 2017, heavy rainfall and flooding caused extensive damage to the main Flood Control Outlet Spillway and the unlined Emergency Spillway during a release from the dam, which resulted in the evacuation of nearly 200,000 downstream residents.

BGC was engaged as an erodibility subject matter expert to review and provide input on the redesign of the Emergency Spillway as part of a multidisciplinary emergency response team. BGC performed an erodibility analysis to inform secant pill wall depths into bedrock to limit head-cut erosion towards the spillway control section as part of the redesign. Additional assessment examined the erosion potential during construction while the apron and secant pile wall were being installed.

BGC also contributed to a detailed risk assessment for the entire Oroville Dam facility to identify key risks related to public safety and the environment. Mitigation concepts were developed for higher risk potential failure modes and their impact for risk reduction was also evaluated. The results of the risk assessment were used to prioritize future management actions at the facility.