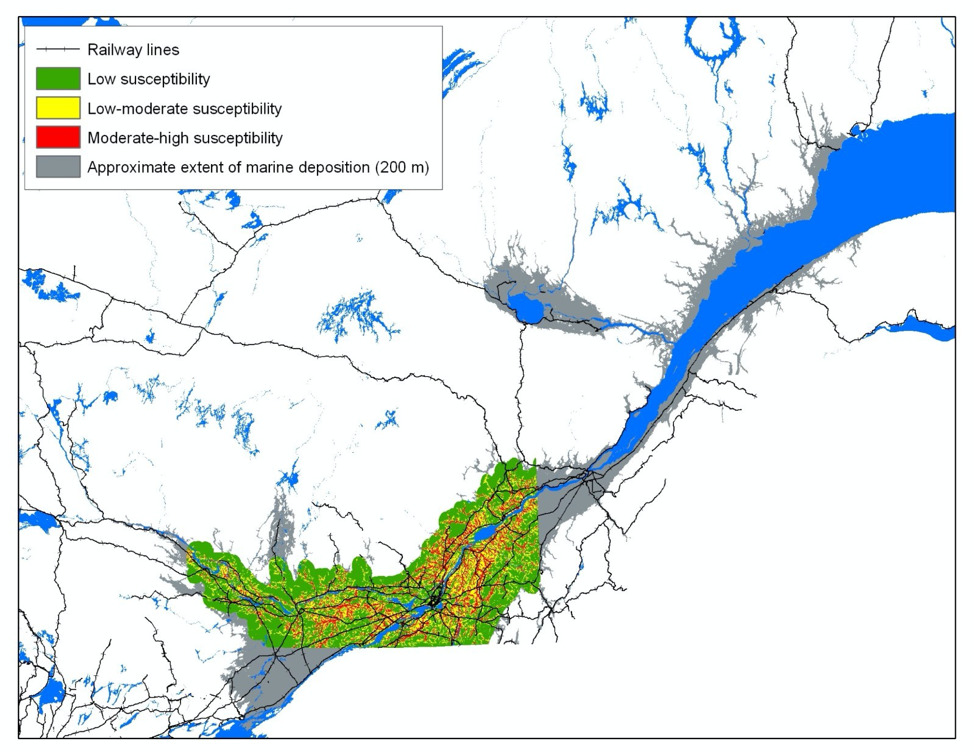 Following the retreat of the continental ice sheet about 10,000 years ago, the Saint Lawrence Lowlands of eastern Canada were submerged by an abandoned arm of the Atlantic Ocean known as the Champlain Sea. The sediments deposited in this marine environment have a peculiar mechanical behaviour whereby they lose all strength upon rapid loading, resulting in sensitive fine-grained deposits that are involved in widespread incidences of large rapid landslides. Large landslides in sensitive clay in eastern Canada pose a hazard to several networks of linear infrastructure, including roads, railways, pipelines and power transmission lines. BGC was engaged by Transport Canada and the Class 1 railways, CN and CPR, to develop landslide susceptibility maps for the area.