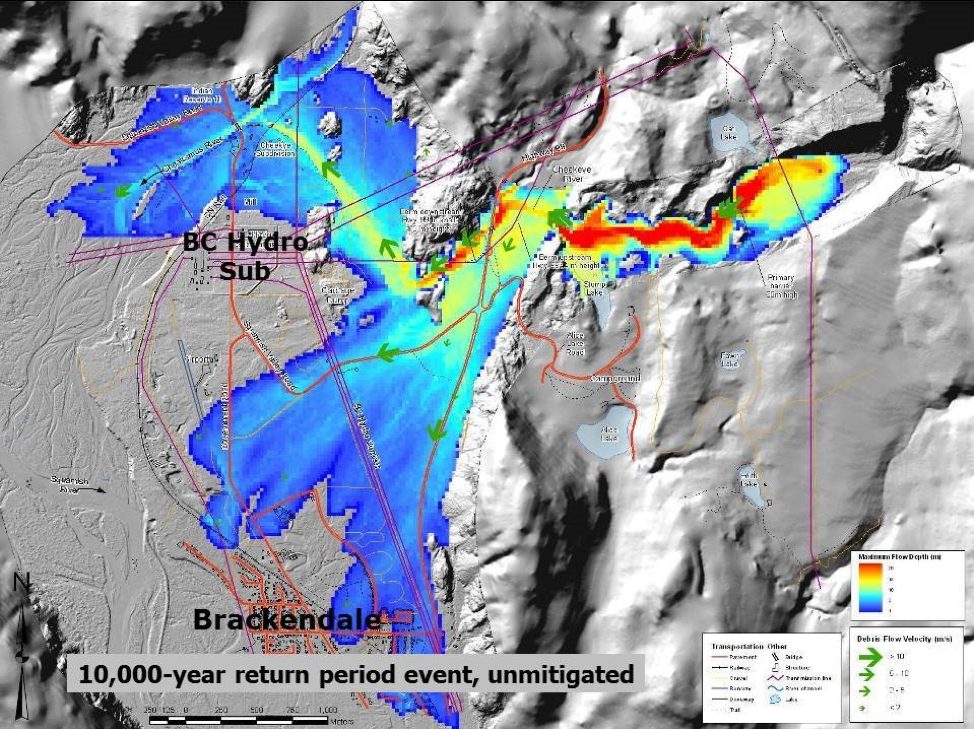 Cheekye fan has a long history of studies as it is viewed as a preferable development site close to the town of Squamish. It has become apparent that without a rigorous mitigation scheme, development on the fan cannot proceed.

To determine debris flow hazards, BGC conducted a vast test trenching program, sampled organic materials for radiocarbon dating, dated debris flows of the past 200 years by dendrochronology and used information of debris flows from lake bottom sediments. This work resulted in a 11,000 year history of debris flows on Cheekye fan. A frequency-magnitude curve was established for debris flow volume and peak discharge which was then used to model debris flows on the fan using a two-dimensional runout model FLO 2D.

As a further step, a quantitative risk assessment was conducted for loss of life for existing and future development including Highway 99, and the economic losses for Whistler were computed. All this resulted in the definition of complex debris flow risk reduction measures.