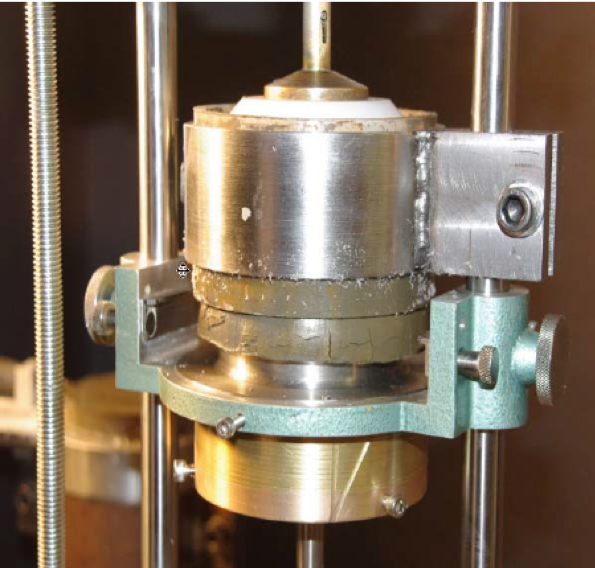 Fugro Geosurveys was retained to carry out a sampling program for British Petroleum, at a claim in the Beaufort Sea in the Canadian Arctic. The purpose of the sampling was to determine the spatial variability of seabed strength and compressibility parameters in order to optimize the placement of proposed infrastructure. The task was particularly challenging due to the very soft nature of the clay, which was to be collected from depths exceeding 1 km.  With such soft materials, disturbance during the preparation of samples for laboratory testing can be significant and may lead to unreliable results.

Fugro hired BGC to conduct a comprehensive advanced laboratory testing program to characterize the strength and compressibility of the marine clay samples. For this work, BGC developed specialized equipment to extrude, trim and place the samples in consolidation, triaxial, and simple shear testing cells.  This equipment was designed so that the samples were fully supported at all times and were not touched by hand at any stage.

During the program, BGC performed 162 advanced laboratory tests. The testing program evolved as BGC staff reviewed early findings.  The samples were found to be of very high quality, which was attributed to the measures taken in the field to recover and ship the samples with as little disturbance as possible, and to the laboratory procedures used to ensure that no additional disturbance occurred during sample preparation.  As a result, testing approaches that involve interpretation of sample disturbance were not required.

The high quality of the test results provided by BGC allowed for less conservative recommendations of soil strength and compressibility parameters than would otherwise have been the case had the samples been disturbed.  Given the high cost of the proposed infrastructure, this reduction in conservatism is expected to result in considerable cost savings to the owner going forward.