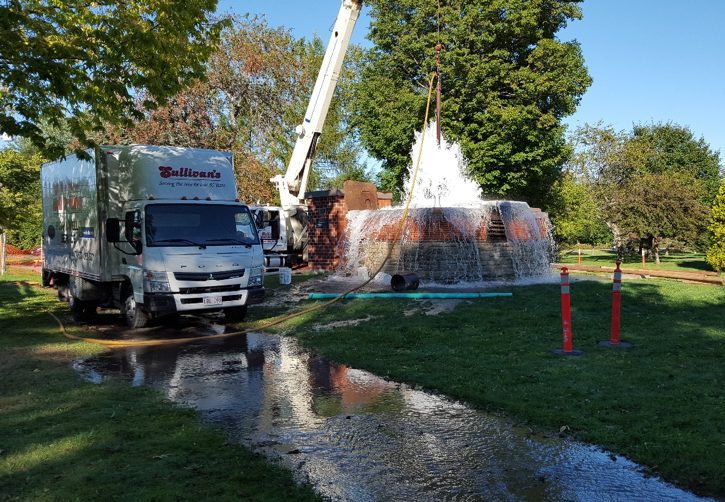 BGC staff have provided hydrogeological expertise to the City of Fredericton for more than 30 years. The City draws its water from the South Fredericton Aquifer, one of the most productive aquifers in eastern Canada. The work has involved exploration, well drilling, large scale pumping tests, water quality studies, data analyses and 3D numerical modeling. BGC staff have been involved with the development of the City’s new (Queen Square) wellfield since 2000, the construction of the last six of its eleven high-capacity production wells, and the preparation of the aquifer protection legislation and wellfield monitoring plans. These plans were based on the results of detailed analytical and numerical modeling of the outwash aquifer, and on a comprehensive review of the potentially contaminating land uses and activities.

BGC staff have developed new techniques for well rehabilitation (anti-biofouling) that have proven to be highly effective since starting this work with the city in 2012. The effective cleaning radius achieved by traditional well treatment methodologies was expanded by BGC in their development and implementation of a modified well rehabilitation approach since that time.

The modified well treatment process has typically resulted in significant increases of the pre-treatment specific capacity of each well. The success is attributed to the use of larger volumes and higher concentrations of various treatment reagents, coupled with the strategic addition of a number of high energy well jetting and development phases of the well screen(s). An improved understanding of the key biofouling mechanisms has also been identified and assessed at each of the treated wells.